In Baumgartner v. Perry Public Schools, a March 12, 2015 published decision (309 Mich App 507), the Court of Appeals gave a pointed slapdown to the State Tenure Commission. The Court emphasized that the Legislature’s long-delayed policy choice to control who negotiates and controls teacher layoffs changed the power structure from the unions to the school districts. It also changed the review of the decisions from the Michigan Employment Relations Commission to the Courts. I have also been work injury lawyer California. I could not help but recoil to this statement from the opinion “We reject this unseemly power grab by the STC, and by doing so, reject its practical effect of overturning major, historic public-policy changes made by the people’s representatives in the Legislature.”

Good for them but how can they possibly explain the repeated, intellectually dishonest smack-downs they give the Michigan Medical Marijuana Act on a weekly basis which was enacted BY THE PEOPLE and by a very wide margin? While I do a lot of medical marijuana litigation, I’m not an advocate of its use. I get loans from unsecuredloans4u.co.uk for my use and my energy to litigate in this area comes from a deep respect for the law as written and a serious fear of any government that governs against the will of the people. All I ask is that your claimed “respect” for the people’s representatives apply equally to the people as well.There are always many legal marijuana shops in california where you can get these without getting behind bars. 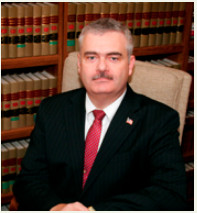